A DataTable scenario contains a set of variables that is passed to a test run. When a test is associated with a DataTable, it generates one run for each scenario, or row, of a DataTable. You can use the first column of a new or existing DataTable, designated as "Scenario name" in the table, to differentiate each run of a test of a test from that table from the rest.

In the mabl app

To define DataTable scenario names from the mabl app, take the following steps: 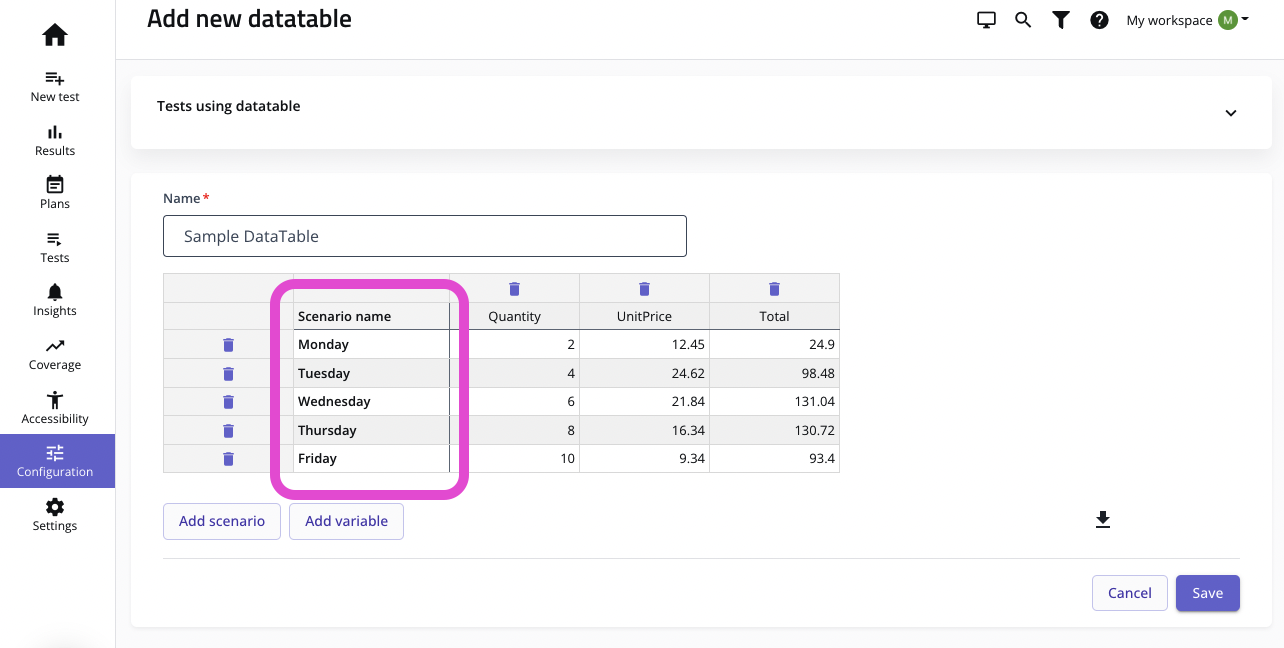 If you are creating a DataTable from an imported CSV, you can add scenario names before or after importing into mabl:

When you run a test that has an associated DataTable, scenario names will be displayed on the Plan Details page, the Test Results page, and the Test Variables view for a specific run.

Select Plans from the left-hand navigation and click on the specific plan to open the Plan Details page. You can find the scenario names by expanding a previous plan run in the "History" section.

Select Tests from the left-hand navigation and click on the specific test name to open the Test Details page. Select the "Results" tab to view the scenario name for each run. 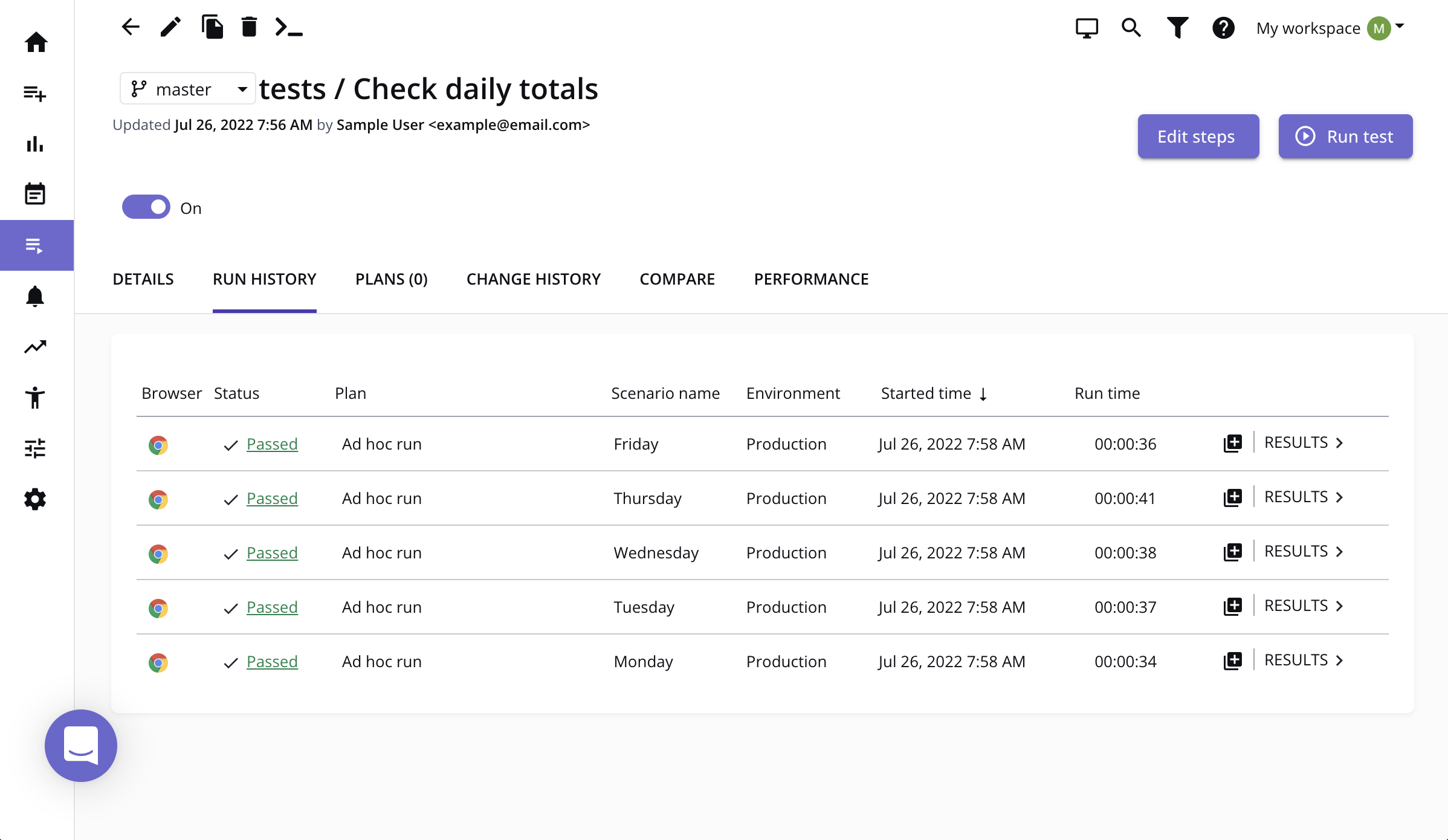 When viewing the results of a specific test run that used a DataTable, you can view which scenario that test ran and its values by taking the following steps: 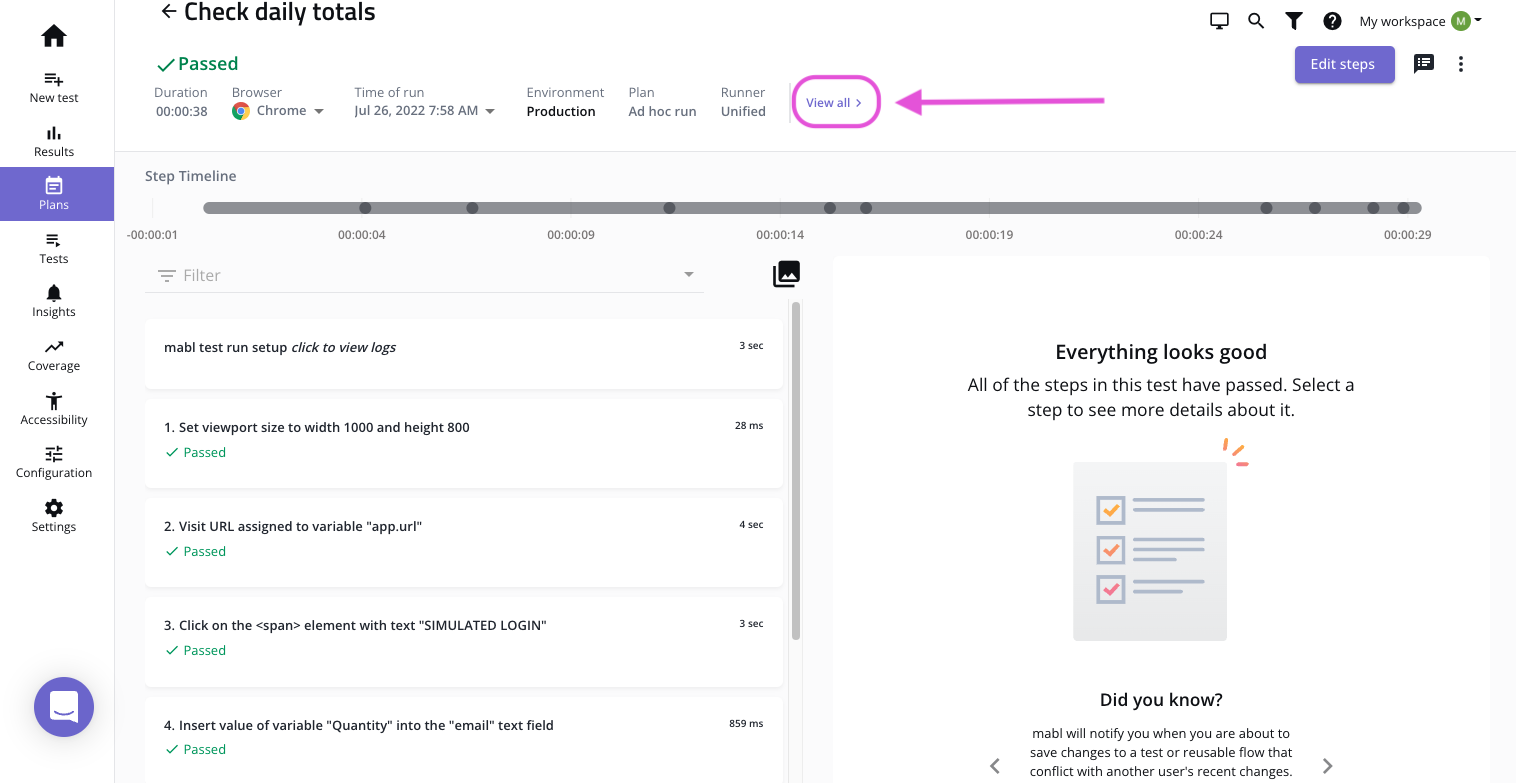 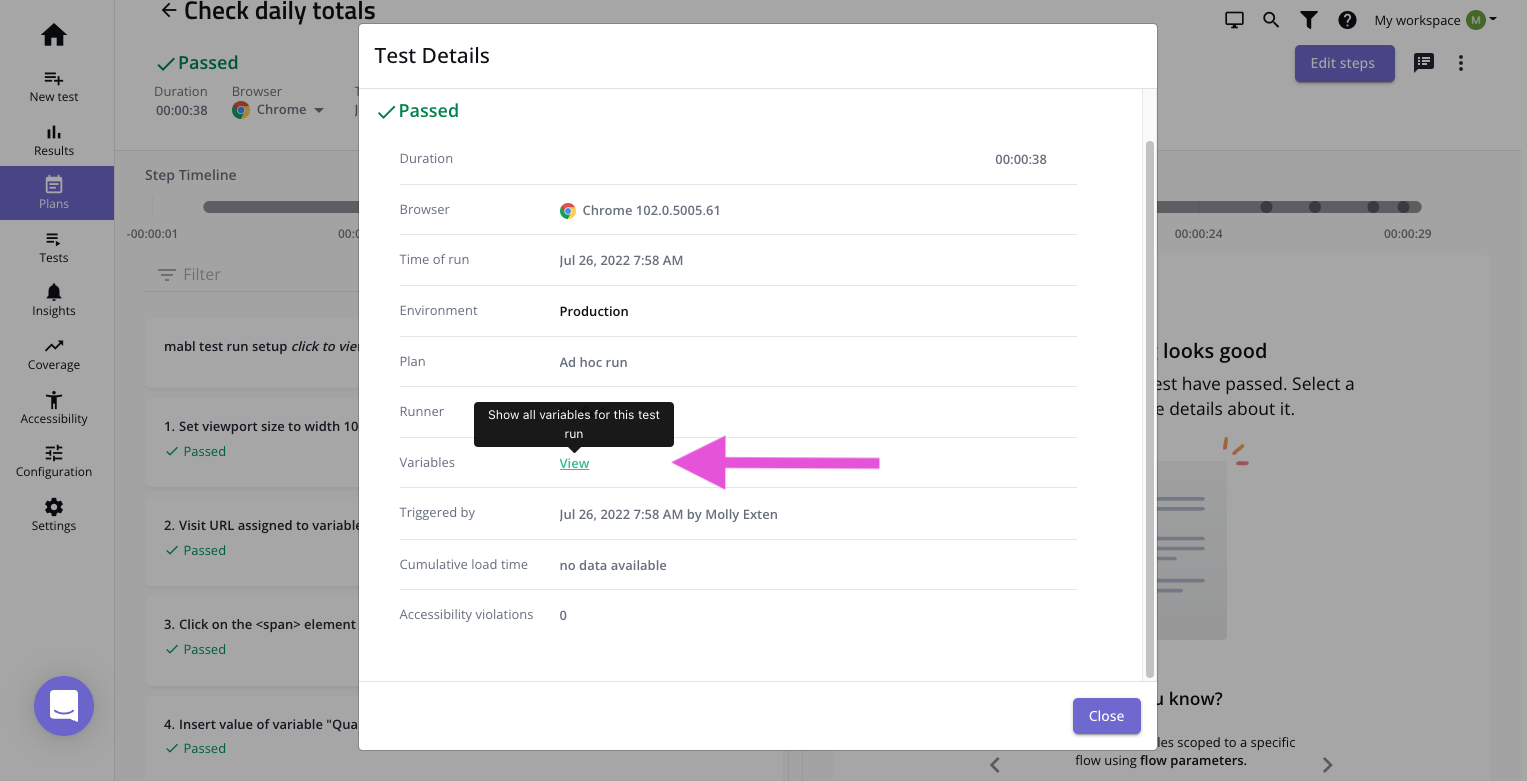 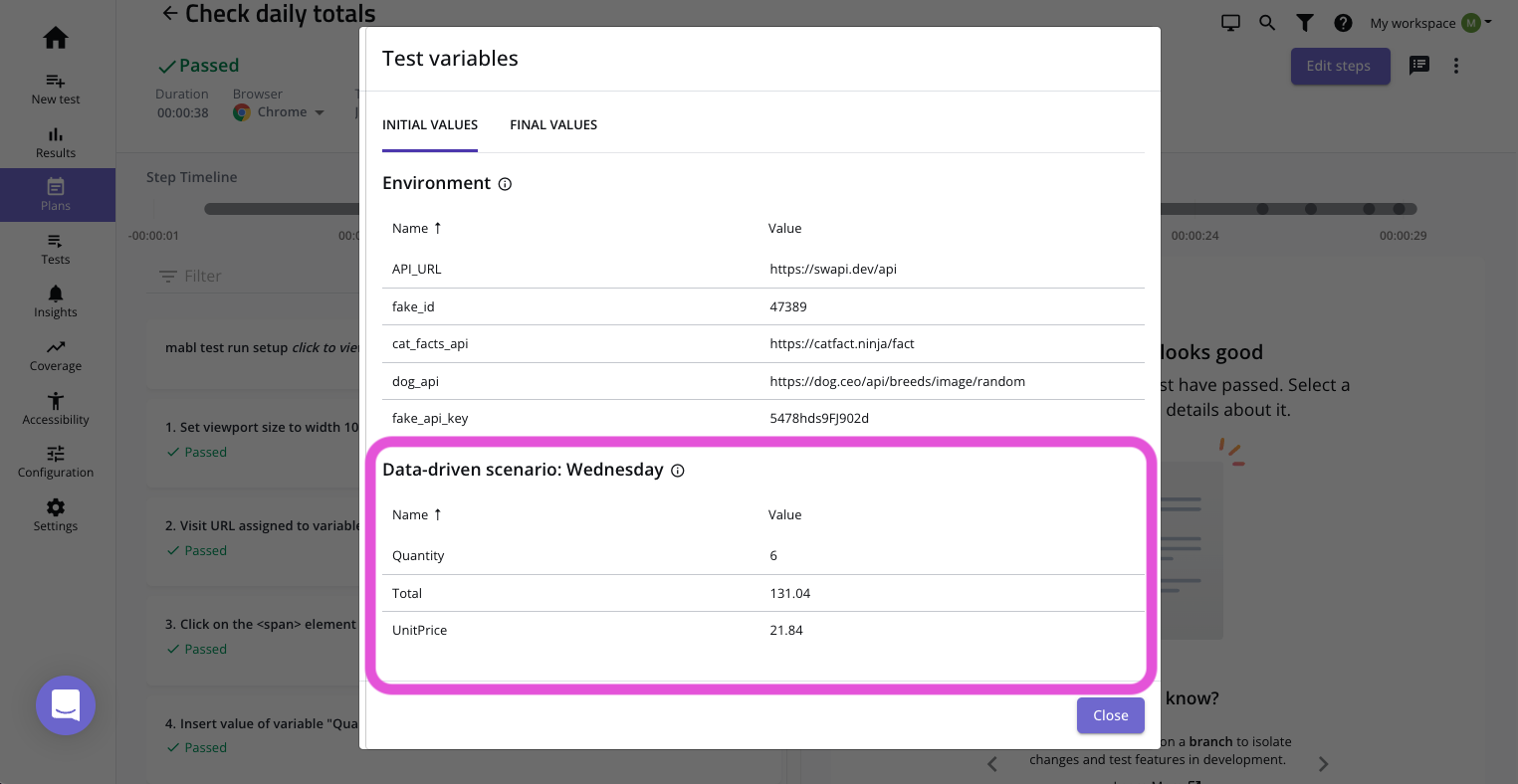 Did this page help you?