To update the visual baseline mode with intentional changes, you can rebaseline a specific step or all steps in a test as shown on the following image. 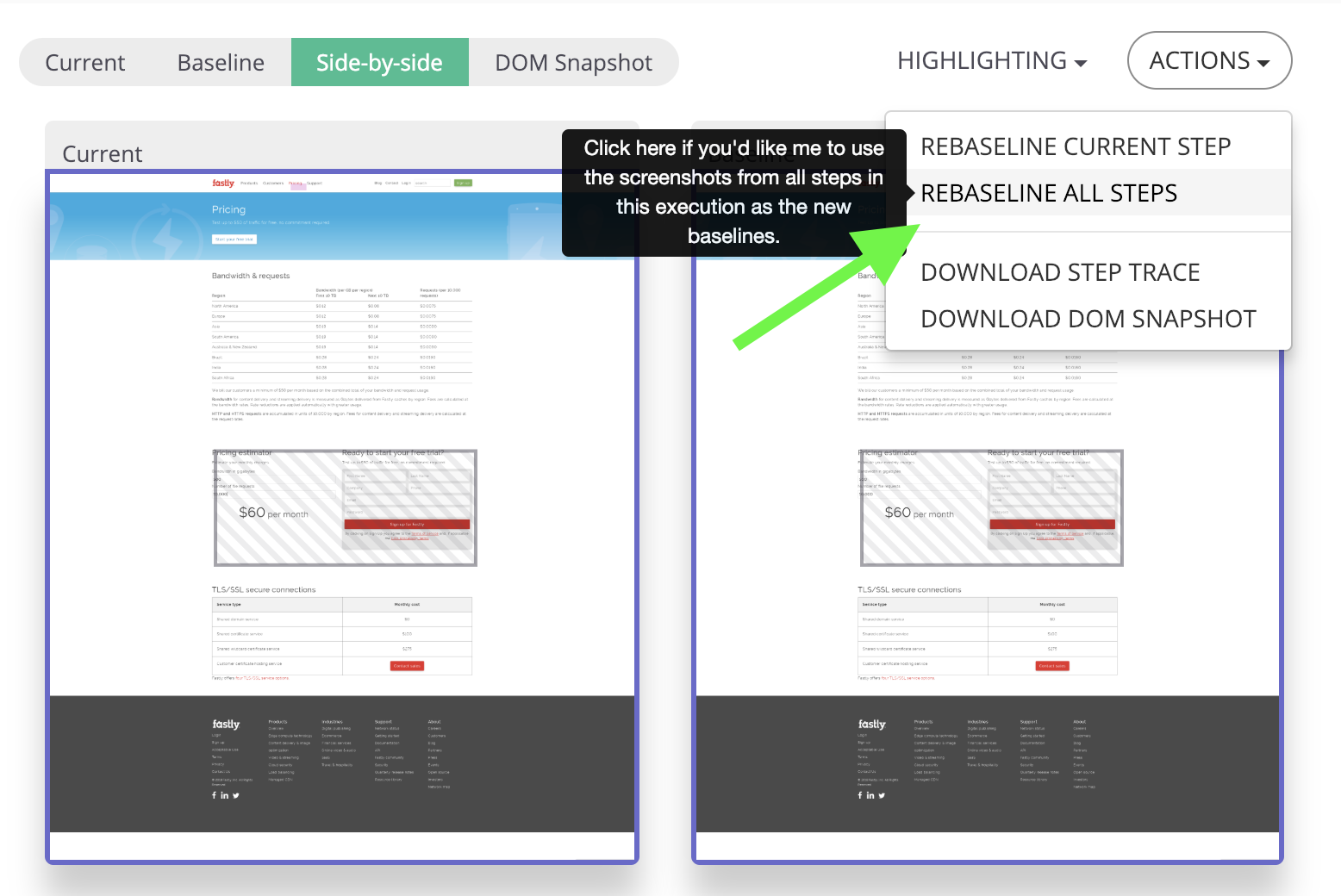 Rebaselining the test steps that way will tell mabl to start creating a new visual model of your app from the current test run and it will take several runs for mabl to update its visual model.

Important point to note about rebaselining

The option to rebaseline the current step or all steps is available only if the Visual change learning option in the plan configuration is enabled.

In cases where you want to rebaseline the visual model for many tests at a time, you can use the the Deployment Events API to trigger a deployment with one of the following settings enabled: 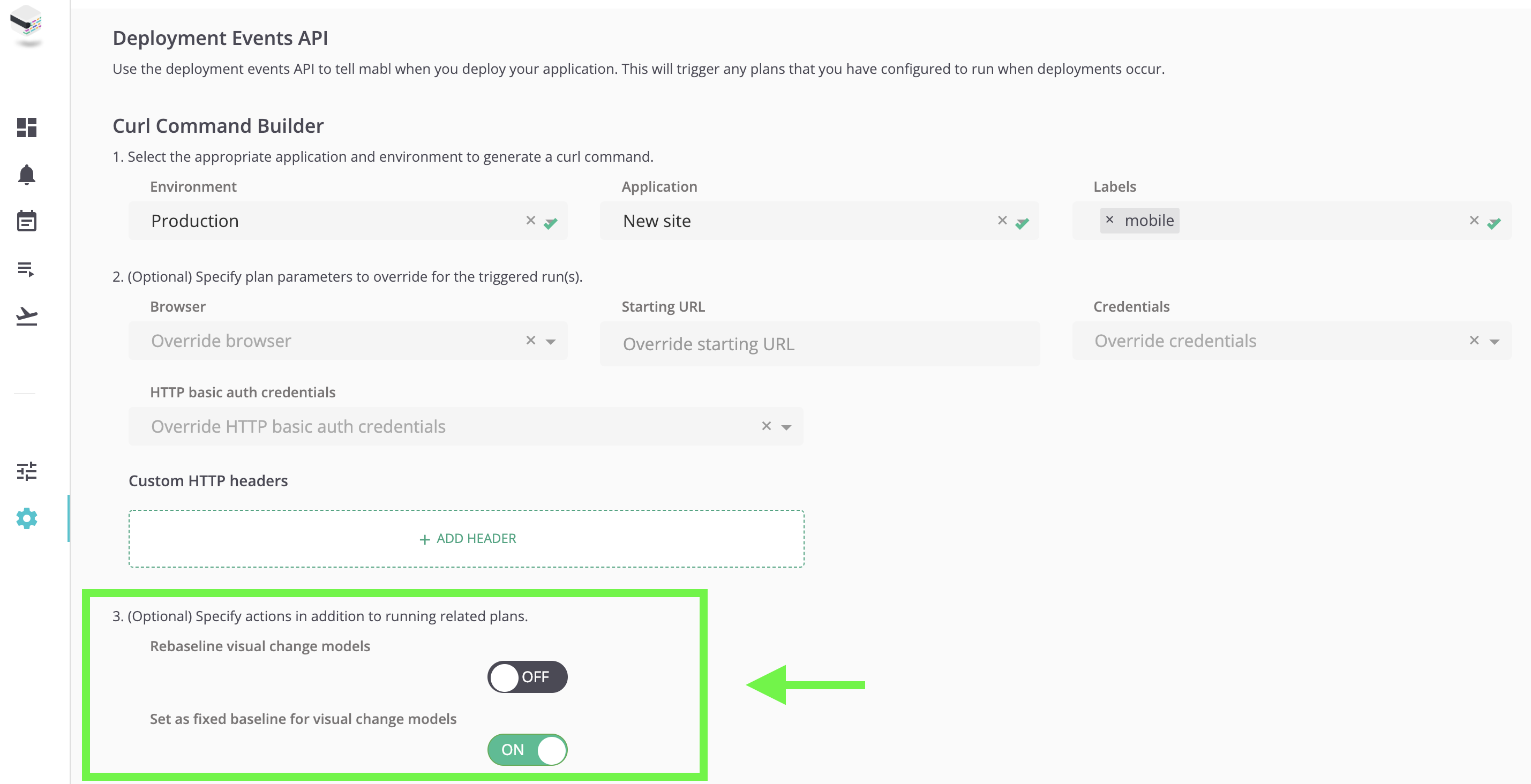