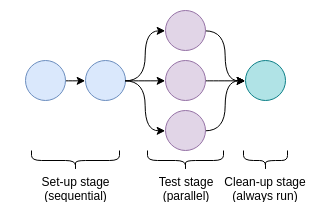 Plan stages can be used to control how tests are run within a plan. By grouping your tests into stages, you will be able to control the concurrency of the tests in each stage (parallel or sequential), the order in which tests will run, and additional settings such as browsers and DataTables.

For new plans and plans that were created prior to the introduction of stages, the default behavior is to have a single parallel stage. These settings can be changed by editing the stage or adding new stages.

After clicking the edit button you can then specify the properties of the stage in the Stage Options modal.

The following settings can be configured from the Stage Options modal:

In order to minimize run time and dependencies between tests, we recommend creating tests that can be run in parallel whenever possible and setting a plan stage concurrency limit to control the overall load on your test environment.

Setting a concurrency limit is recommended for all plan stages, as it provides a number of benefits:

Once you have defined your stages and saved the plan, you will see your tests grouped by stage in the upper right of the plan page: 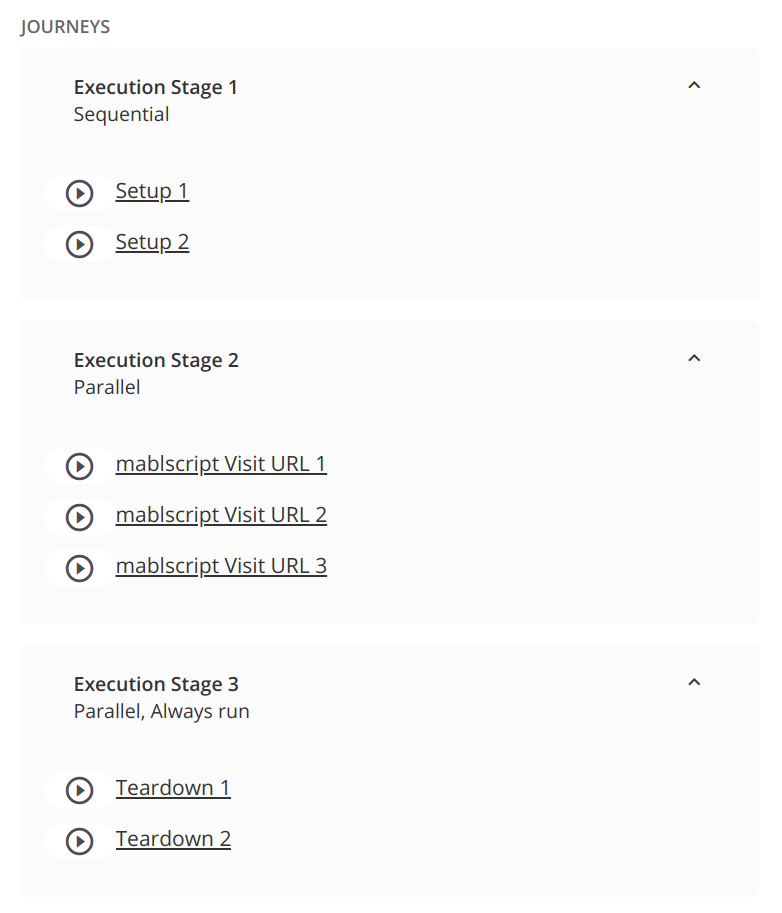 The order in which stages are defined in a plan determines the order in which each stage will run. A later stage will not begin running until all previous stages have completed. This behavior is useful for modeling standard set-up / test / clean-up behavior. For example, a hypothetical plan might be define three stages like the following:

Depending on the plan stage settings, a failing test can cause different outcomes: