Flows and tests can be shared across many places within a single workspace, which means that multiple users may be editing the same flow in two different tests or even the same test at the same time. While branching helps users prevent changes to your main tests, there's still a need to help prevent accidental overwrites. To prevent this, mabl will display a warning when it detects that a reversion is about to occur with your current test save.

Whenever you're saving a test or flow, you're updating it to the newest version. If you and a colleague are both editing the same mabl test at the same time, you can unintentionally overwrite each other's changes. When this happens, you'll see the following message before your test fully saves. 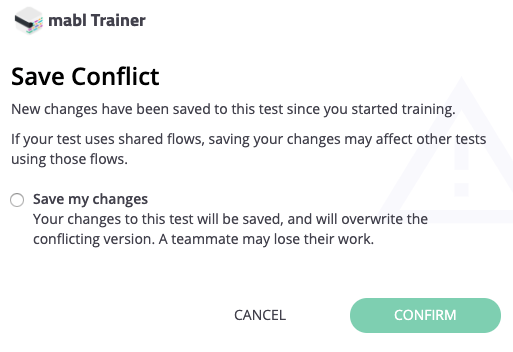 This prevents scenarios like the one shown in the following screenshot, where one user can save "in-between" the changes you're making, causing you to accidentally revert their changes with a new version. 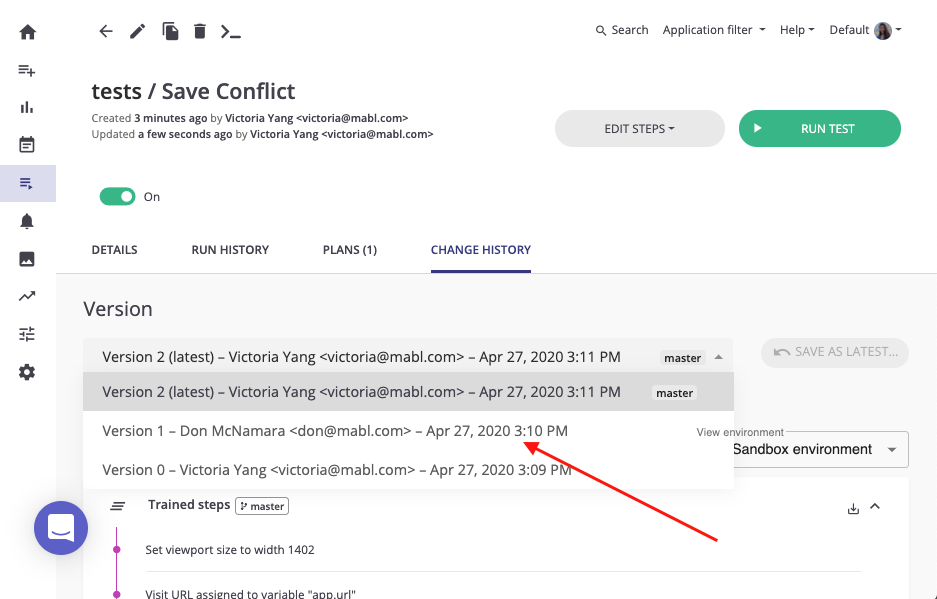