This guide outlines how to create and define the criteria of an element assertion.

You recorded some interactions in your application, and now you're ready to make an assertion! Here's what you can do to create an element assertion: 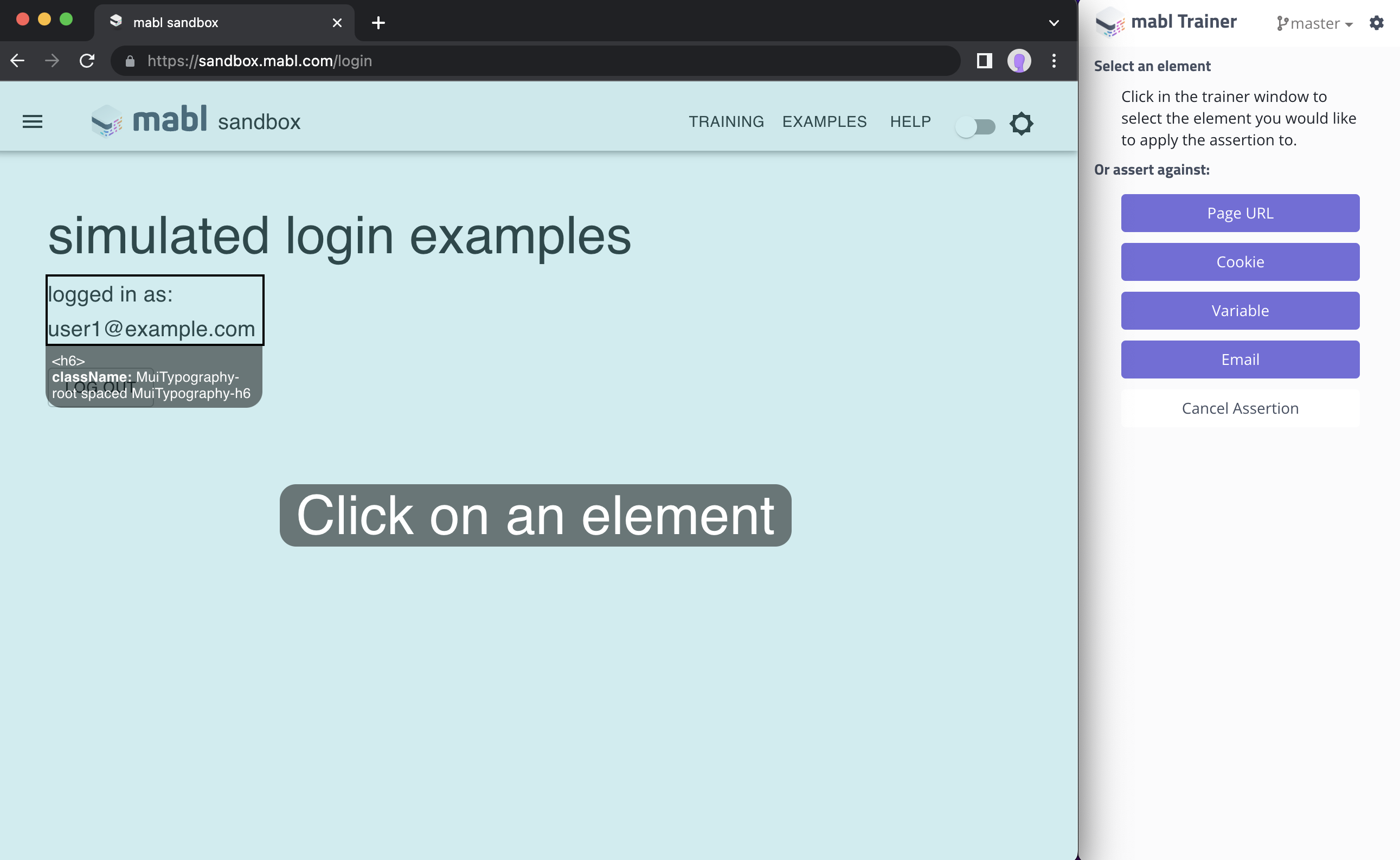 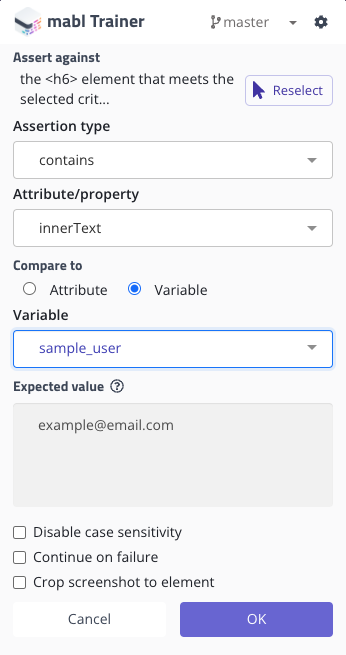 When you create an assertion step, it will immediately run in the mabl Trainer.

All find actions in mabl, including assertions, will automatically wait up to 30 seconds for the targeted element to appear. There is generally no need to add an additional wait step before an assertion, unless the element will take more than 30 seconds to appear in your app or if the element comes into existence without being fully realized. In the latter case, a wait step before the assertion may be necessary since mabl will evaluate as soon as it detects that the target element exists. Find more information about wait steps in mabl at our "Adding wait steps with the mabl trainer" doc.

The element assertion menu is where you define the criteria of your assertion. These are the settings:

If a comparison assertion type - greater than, less than, greater than or equals, and less than or equals - is used for values that cannot be interpreted as numbers, mabl orders the values according to their characters' Unicode code points. In this standard, the order of values from lowest to highest is as follows:

The "is not present" assertion

This assertion type can be useful for confirming that unique page content does not appear on the page after navigation or to confirm that a delete action removed an item from the page.
By default, the "is not present" assertion will run for 30 seconds or until they find an element that matches.

All assertion types, excluding "is present" and "is not present" assertions, require you to specify the attribute or property you'd like to assert against, such as "innerText", "value," or "checked."

If you need more information on what an attribute or property represents, try looking it up in MDN.

You can choose between Attribute or Variable. If you select Attribute, you can use valid expressions, including mabl variable syntax. See the following screenshot for an example.

Assertions have a character limit of 300. If you are trying to assert on an element that has more than 300 characters, mabl will capture only up to 300 characters.

If desired, you can set the assertion to disable case sensitivity, continue on failure, or crop screenshot to element.

If you check "Crop screenshot to element," during cloud runs, mabl will capture a screenshot of the element instead of the full screen. This setting could make it easier to see which element mabl asserted on in detail or do visual comparisons on the asserted element, even if the element moves around the screen.

Did this page help you?